For many Indians, the most vivid memory of Andaman is the only thing that comes to mind when they hear the word ' Kala Paani' 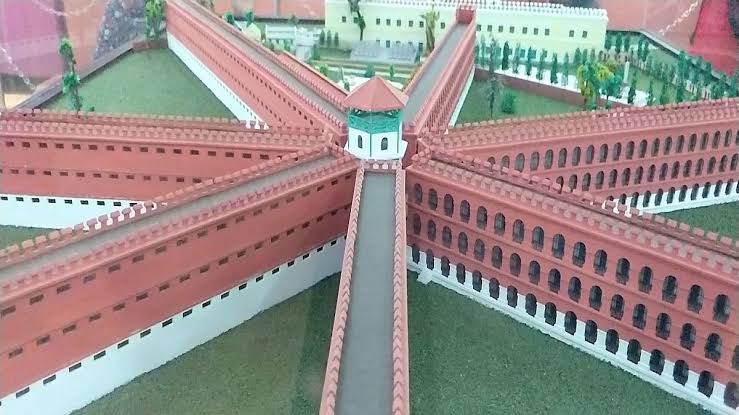 The Cellular Jail, commonly known as 'Kala Pani,' is an old colonial prison in Port Blair, Andaman and Nicobar Islands' capital. The jail was built by the British during their colonial reign in India and was mostly used to expatriate Indian political prisoners. Many important liberation warriors, including Batukeshwar Dutt, Yogendra Shukla, and Vinayak Damodar Savarka, were housed there.

The Cellular Jail is an important part of India's history and serves as a sombre reminder of all the sacrifices made by Indian freedom fighters in the fight for independence.The jail complex is presently held by the Indian government, and it is designated as a national memorial monument that depicts the lives of British prisoners. Cellular Jail is a popular tourist site in the Andaman and Nicobar Islands, where tourists may learn about the jail's history and watch a light show in honour of all those who have been imprisoned there.

The cellular Jail is located in the Port Blair city limits. Because public transportation in Andaman is inadequate, the best way to get to the jail complex is to hire a private cab. You can also take an auto-rickshaw to your location if you choose

Nearby Places in Andaman