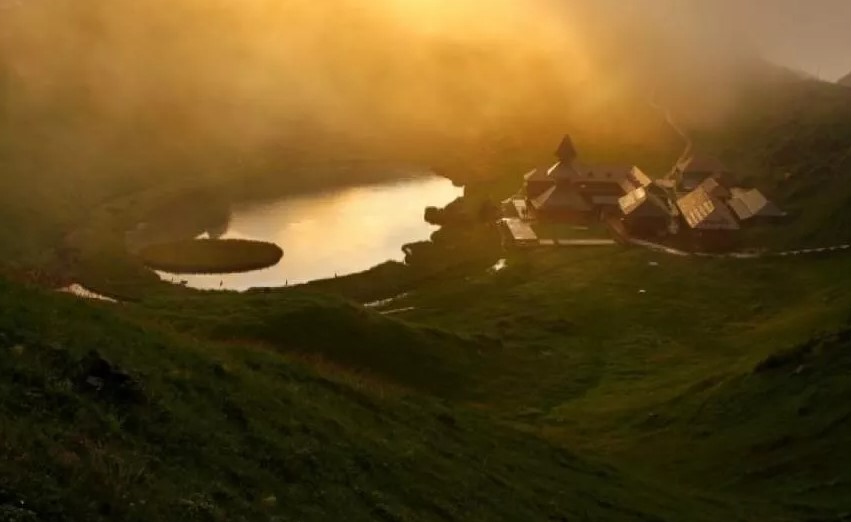 There is a sacred lake known as the Parashar lake, and it is located on a hillside not too far away from the Baggi hamlet in the Mandi area. This lake, which is located at an elevation of 2730 metres above mean sea level, was commissioned to be built by the wise man known as Parashar. A temple that overlooks the water and was almost certainly built some time around the 13th century may be found there.

People make their home on a moving island that's located in one of the local lakes. Island movements help residents predict weather conditions and prepare for the worst, and despite the different rumours that are spreading, very few people genuinely believe that it hasn't altered in three months. This is despite the fact that the rumours are circulating.

According to a myth handed down through the generations, the lake's water level has supposedly remained same for all of these years. There does not appear to be any other source of water for the lake. The lake in the Himachal Pradesh area is encircled by mountains that are covered with snow for the better part of the year. There are several magnificent mountains that can be seen, including Indrasan, Deo Tibba, and others. An excellent weekend climb located close to both Delhi and Chandigarh.

About the itinerary, first day of the trek will be a journey from Mandi to Baggi and Parashar Lake. Try to get to Mandi by 6 o'clock in the morning. Get cleaned up, because you'll be driving for little under two hours to reach Baggi village, the trailhead. From the Mandi bus terminal, our company will be driven to the village of Baggi. Take it easy and begin the journey to Parashar Lake. The entire journey is eight kilometres long and the path goes through thick woods.

The first part of the trail goes through a rocky section with a few small creeks. When crossing streams, tread carefully because the stones are still wet and slippery. In approximately half a kilometre, you'll emerge into the forest, marking the beginning of your adventure. The entire hike is uphill and takes you through some really thick forest. A tiny meadow awaits you after a steep five-kilometer ascent, and it's a great spot to rest and take it easy.

From the meadow, you may get your first glimpse of snow-covered peaks. The trail appears more difficult after this meadow. The trip to the lake often takes between four and five hours. Pristine grasslands surround the lake, adding to its natural beauty. A pagoda-style temple may be found along the water. After arriving there, visit the lake and the temple. Enjoy the evening with a meal and a fire. Camping out in tents for the night.

On the day two, we will hike from parashar lake to baggi (downhill). Get some fresh air and see the dawn. After breakfast, you may start your descent into Baggi and explore the region around the lake. The journey to the village usually takes three hours. We will drive you from Baggi to the Mandi bus station. And later, the trip will come to its end.

Make every effort to get in Mandi no later than six in the morning. Get washed up, because the drive to Baggi village, where the starting point of the hike is located, will take a little under two hours. The Baggi village will be reached by our group after departing from the bus port in Mandi. Take your time and start the trek to the Parashar Lake right away. The whole distance covered is eight kilometres, and much of it is spent travelling through dense forest.

The beginning of the hike takes hikers over a rocky terrain that is interspersed with a few little streams. When crossing streams, proceed with caution because the stones are still damp and might potentially slide under your feet. After a distance of about half a kilometre, you will come out of the clearing and into the forest, which will signal the beginning of your journey. The entire climb is on a steep incline and goes through a very dense forest. After a strenuous hike of five kilometres, you will come to a little meadow that is an excellent place to relax and take it easy for a while.

It is possible that you may catch your first view of snow-covered peaks from the meadow. After passing through this meadow, the route will likely get more tough. Depending on traffic, the journey to the lake might take anywhere from four to five hours. The natural beauty of the lake is enhanced by the pristine meadows that surround it. Along the shore, there is a temple designed in the manner of a pagoda. After you have arrived there, you should go and see the lake and the temple. The evening may be made more enjoyable by include a dinner and a fire. Tent camping is a kind of overnight outdoor recreation

Take a breath of fresh air and watch the sun come up. You may begin your descent into Baggi after breakfast, and then spend the rest of the day exploring the area around the lake.

The trip to the village takes around three hours on average to complete. We will provide transportation for you between Baggi and the Mandi bus terminal.

The journey has reached its end.